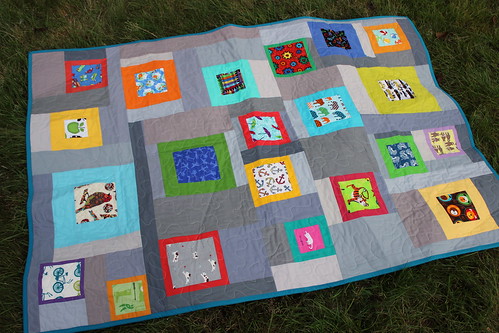 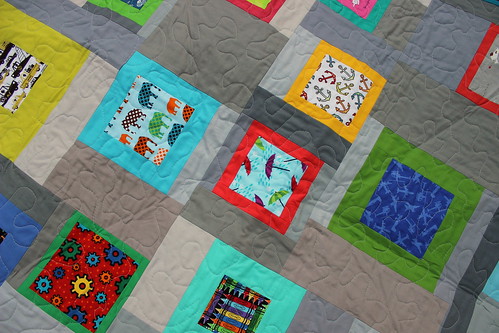 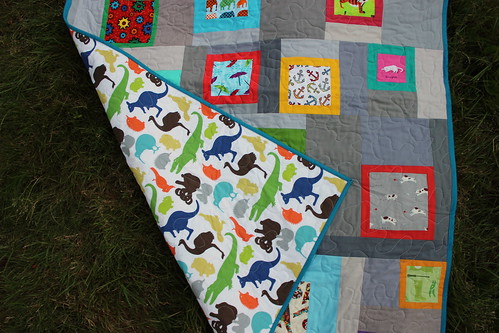 I have been doing tons of sewing clothes for Esther (more on that soon), so I'm having a hard time focusing on my quilting projects... I always think I'll get back to them after I just sew her one more shirt, haha.  But I have another baby quilt half pieced and a bunch of similar i-spy squares started for another i-spy variation for us to keep, so I should really get back to it soon!
Posted by Kate S. at 9:45 PM