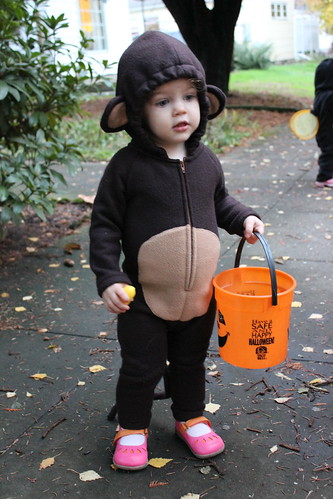 This year was Esther's first time trick or treating so I was really excited to sew her costume.  We decided she should be a monkey since the "ee ee" monkey noise is one of the animal noises she likes to make, but it is also very appropriate since she is a big climber and explorer, always keeping us on our toes. 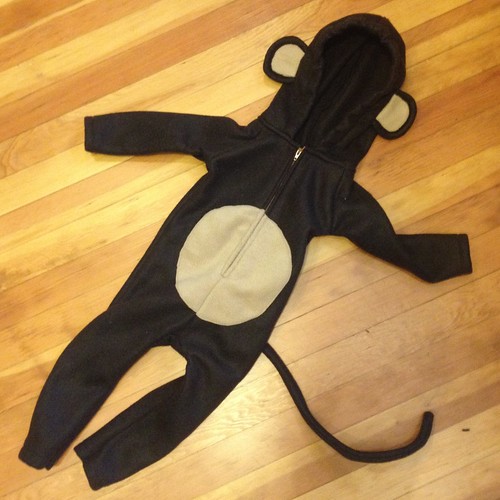 I traced some pajamas to draft a pattern and then added a hood, ears and a tail.  I probably could have added a bit more ease, it was a little snug but the fleece had enough stretch that it worked out.  I put pipecleaners in the tail so it could be bent into shape.  I possibly should have put the tummy patch a bit higher (and made the ears a bit smaller) but all in all I am really happy with how it turned out!

I came up with a pretty easy way to make the ears so I took some photos as I was working to show you how: 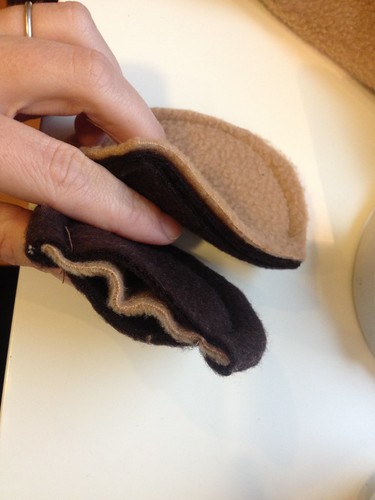 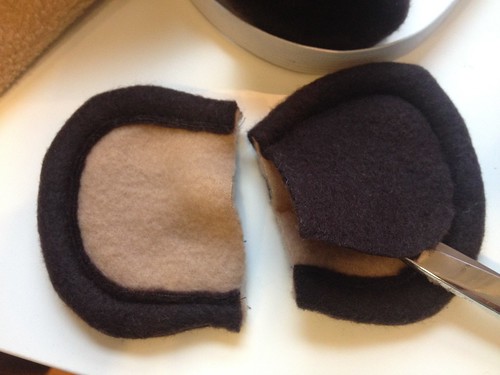 Then I trimmed out the inner part of the brown fleece on one side of each ear, close to the seam. 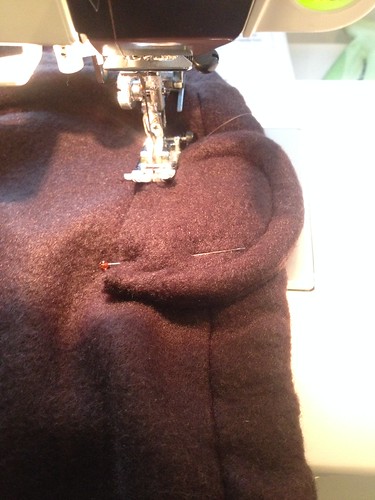 To attach the ears to the hood, after deciding where to place them, I first sewed them down face down (facing forward). 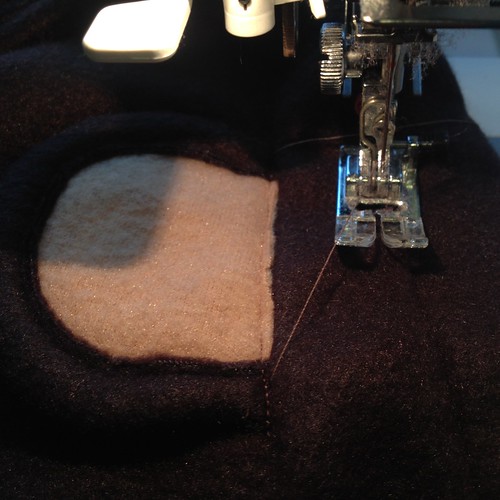 Then I flipped the ears back and sewed a seam just barely catching the front edge of the ear, which made them stick out nicely. 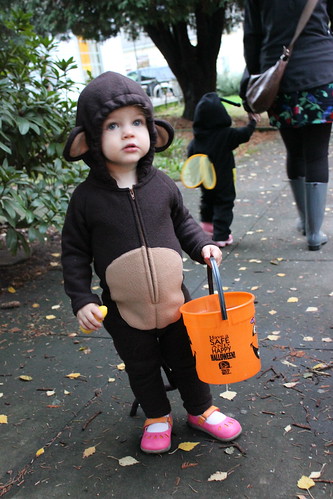 Happy halloween from my monkey to you!
Posted by Kate S. at 10:47 PM