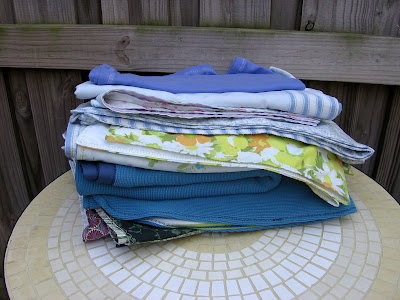 I spent a good chunk of last weekend sewing baby blankets and tote bags for the Craft Hope project to make safe birthing kits for Haiti.  I had a few friends over the previous week to help me get going on the project, and we got all the supplies assembled into ziploc bags and cut out the pattern pieces and embroidered faces for stuffed rabbits from the Wee Wonderfuls pattern.  I had gotten a bunch of fabric to make the receiving blankets and tote bags earlier but hadn't gotten motivated to start the project, but after my friends helped me get the ball rolling (and I got all the supplies out), I was excited to keep going!

Originally I had planned to make 6 or 8 kits but after my mom sent me a flannel sheet to use for more blankets, in a fit of enthusiasm (and without entirely calculating how many blankets I could make with the fabric I had), I decided to make 12.  I ended up not having as much fabric as I thought but it forced me to dig into my stash and use up some things that I had been holding on to.  It was a good challenge for me to focus on getting the blankets made and trying out different techniques without worrying too much about whether I loved the fabrics for each one or whether it was sewn perfectly. 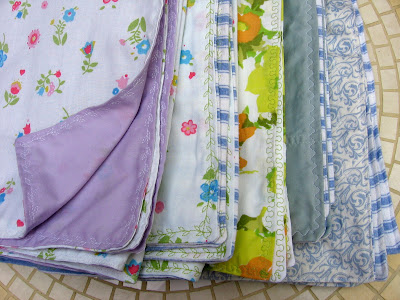 I made the most blankets using the same basic quick baby blanket technique that I used here.  Most of these blankets I used pillowcases for one or both sides, which worked really well - I just cut open the pillowcase at the top and one side seam (most were only sewn on one side anyways), and then used that rectangle as one side of the blanket.  For some I cut off the hem or ripped it out to get a larger piece of fabric, but one I even just left it on there an it made kind of a nice decorative border on one side of the blanket.  When I was using a larger piece of fabric as the other side I used the cut-open pillow-case as a guide to cut the other fabric to the same size.  I also had fun with the topstitching on the blankets, using a bunch of the decorative stitches on my machine which I think is a really cute touch! 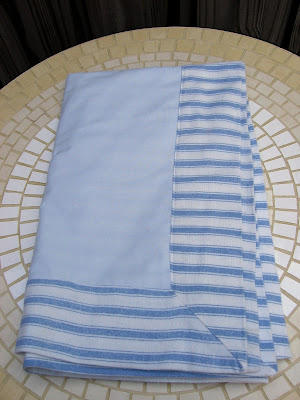 I think my favorite blanket I made was this one with mitered corners - I almost wanted to keep it!  I had seen a few tutorials online for how to make an easy mitered blanket (here is one for instance) and I did something similar but really quick and dirty, just eyeballing it without measuring either piece of fabric or the miters.  I often sew pretty intuitively without a lot of measuring, and it was fun to really not worry about it and just see how it turned out.  I was excited that it worked so well and will definitely make this kind of blanket again (maybe with just a smidge more measuring). 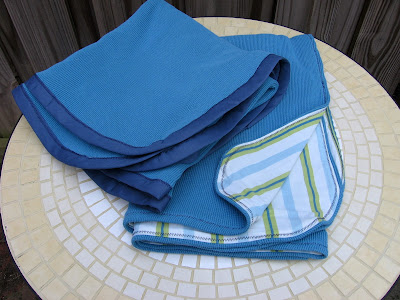 I used the waffle knit fabric that I had bought to make two blankets - one using basically the same easy baby blanket technique as above and one just attaching bias binding around the edge.  I had never really sewn with knits before so it was good to try out.  The one with the lining worked out pretty well and didn't have any problems with the knit layer stretching out as a sewed which I had been concerned about.  The other one worked out OK too, although the binding edge is a bit stiff, partly because it is a 1" wide binding (which I had on hand). 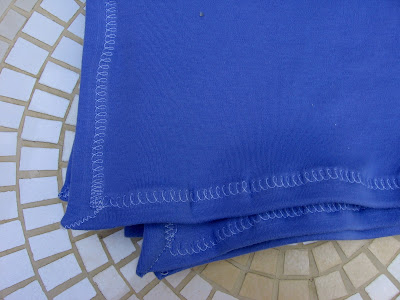 I also used the interlock fabric I had bought to make a blanket with simple hemmed edges and using a decorative stitch.  I had some more issues with the fabric stretching on this one but I think it still turned out well in the end. 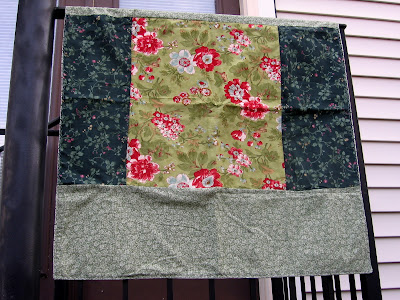 By then I was running low on fabric to make into blankets, so I made some quick pieced blankets out of fabric from my stash, mostly stuff that really isn't my taste anymore that I had been thinking of giving away.  Since they were looking for receiving blankets not quilts, these don't have any batting or quilting, so they really aren't quilts. 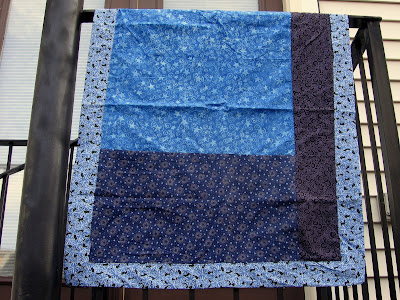 Its been a while since I have made a real quilt though and I have been spending a lot of time thinking about patterns for quilts I want to make but not actually making any lately.  So it was nice just to have a low stress, freeform piecing project to play around with and get my creative juices flowing a bit! 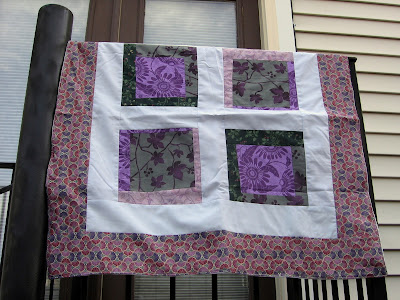 I love the look of wonky squares and this made me more motivated to do a quilt with some kind of improvisational/wonky squares pattern. 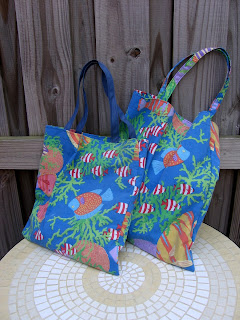 I also made all 12 tote bags using the fish sheet that I had bought and an easy french seams tote bag pattern I came up with.  I am planning to make a tutorial for it next week so come back and check it out!