Knitting update, or how did I end up with 4 WIPs? 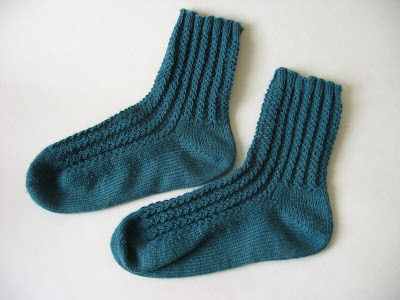 Luckily I am now down to three WIPs (works in progress) but for a moment I had four, which is significantly more than my usual number.  I blame these socks. 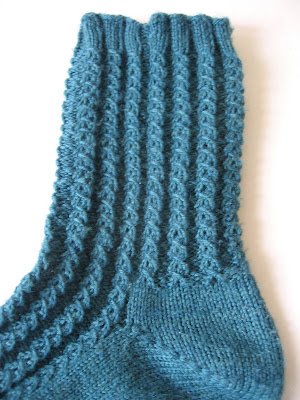 I really like to complete one knitting project before moving on to the next, but I have a bad track record of knitting half a sweater and then putting it aside for six months before coming back and finishing it.  Which is what has happened with the sweater mentioned in this post (at which point I was also not knitting it).  Although I was thinking about it the other day and realized I started it in May last year a few weeks before our wedding, so I really should get back to knitting it - I would like to finish it before our one year anniversary if I can.  Anyways, although I like to have only one project in progress at once the sweater situation has meant that I have had two WIPs at a time for a while now, and sometimes three. 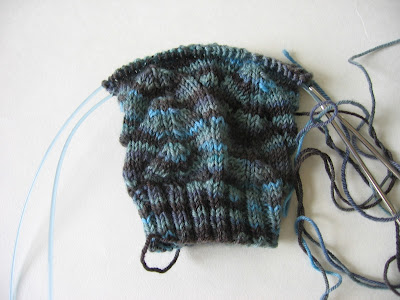 So, when we went to Atlanta recently I realized as we were rushing out the door that I had only packed my one currently in progress knitting project, the green yarn-over cable socks, and I was pretty sure I would finish them while we were there.  Not wanting to get caught on a relaxing vacation without a knitting project I grabbed a ball of sock yarn figuring I already had the right size needles etc for the project.  I have a bit of a sock-knitting addiction, so my natural propensity is to knit pair after pair of socks anyways... So after I finished the green socks, I cast on for my second attempt at the Dragonfly Socks.  I really liked this pattern and was very sad when I left the first pair on the metro, so was happy to try the pattern again. 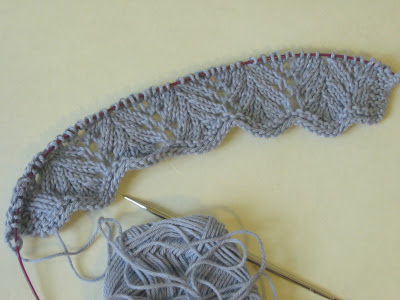 However, when I got home, I forced myself to put aside the socks and work on another project that I had been meaning to start, making a lace cotton/linen washcloth for my seven year old god-daughter who had let me know she would like one for "the next gift-giving occasion", which will be her birthday later this month.  I had made them for holiday gifts a few years ago and apparently she is always stealing her mom's and wanted her own.  How could I say no to that?  So now I was up to three WIPs... more than I ideally like to have, but not too bad. 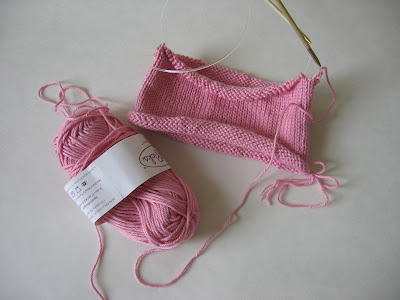 But them some good friends of ours had their baby and we found out she was a girl (they had decided not to find out the sex in advance).  We were super excited for them and I wanted to put a gift in the mail right away but decided that I just had to make a knitted hat to go along with some pants, shoes and a bib that I had sewn before.  So... there I was, with four WIPs.  It wasn't really that bad since two of them were pretty quick projects but I did feel a bit like there were knitting projects scattered everywhere.  Although that says more about the level of organization at our house than anything else. 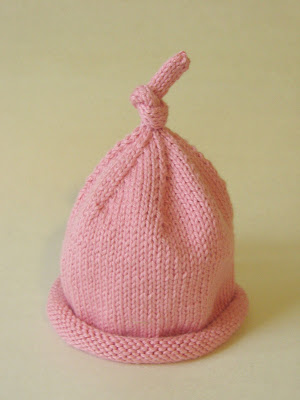 In any case, I luckily finished off the hat and am now back down to a more comfortable number of 3 (knitting) WIPs.  Although I think I will stay at three for a while because after I finish the washcloth I have a few other small projects I am going to try to convince myself to knit before I go back to the dragonfly socks.

How about you - do you like to finish up one project before starting the next, or do you like to have multiple WIPs going, either in knitting or sewing or other crafts?  What are you working on now?
Posted by Kate S. at 6:43 PM